Why it's Time for End Zone Cameras to go Wireless

Why it's Time for End Zone Cameras to go Wireless 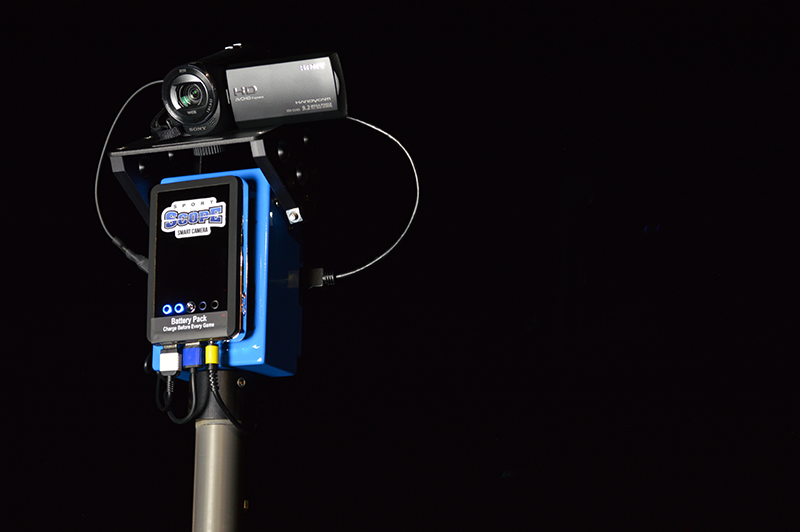 Traditionally Endzone Camera systems designed to film sports like soccer and football were made with either a manual pulley system or an electronic robotic head and wired control panel. These allowed the user to pan and tilt the camera in order to follow the action of the game.

While great solutions for operating a telescoping camera pole, both options come with several limitations. And with how successful wireless technology has become, the benefits of going Wireless far outweigh any reason to stay with a traditional End Zone Camera system.

The biggest problem that football and other sport teams always struggle with is the long cables that must extend from the camera down to the electronic equipment at the base of the tower. No matter what brand of traditional End Zone Camera system you have, this is always a concern. The longer and heavier the cable, the more prone it is to damage and connectivity issues.

With a Wireless Endzone Camera, you only have a single ethernet cable running the length of the tower. Couple this fact with the exceptional wireless technology available today and you actually have a more reliable system with a Wireless End Zone Camera. Less electronics and good antennas will give you more peace of mind.

Most Football teams nowadays are opting for a robotic Pan/Tilt head on their endzone camera system, which can be controlled by a joystick at ground level. This allows the filmer to sit back more comfortably rather than always be standing and moving with a manual, pulley-system tower. However, even with this option you're forced to sit or stand in the Endzone; in the heat, cold, rain, snow, etc.

An iPad-controlled Wireless system has no such limitation. Now you can film in the comfort of the Press Box or under other shelter within the stadium.

While it's true that a manual, pulley-system endzone camera is going to offer the most precise camera control, most sports filmed with an endzone camera tower do not require this level of precision. There's a reason that for years the Sport Scope 30' Automatic was our far-and-away top selling system.

With that said, how does an iPad controlled endzone camera fair against a joystick-controlled system? Unsurprisingly, you're actually given more control options with virtually equal response time. The wireless technology in Sport Scope's Endzone Cameras is so good that the lag time between camera and iPad screen is essentially identical to that of a monitor and joystick pad. And with a considerably greater range of speed sensitivity to adjust, you're given way more tools and preferences to film the game just how you want it.


Set Up and Tear Down

A Wireless Endzone Camera does not actually add the number of pieces and parts by comparison to a traditional End Zone Camera system. In fact, depending on the package you could be dealing with less. Regardless, what is undeniable is the how much easier the parts are to handle. With Sport Scope's wireless systems you don't even have to remove the camera from the robotic head. You don't have to stow away an oversized cable bundle. The wireless networking equipment is a breeze to connect and there are less fragile electronic parts to be concerned about during tear down.

Perhaps the biggest reason to go wireless with your End Zone Camera is the ability to add or convert to built-in sideline replay with the system. Sport Scope's Smart Endzone Camera already has EDGE Replay built in, so as your filmer records the game from his iPad the coaches automatically receive the replay angles on their iPads. And with the 30' Wireless Endzone Camera you can easily convert to the Smart Endzone system and EDGE Replay and take advantage of these major benefits.

Right now we're slashing prices like we've never done before. Get up to $500 OFF your purchase for a limited time only! Call (888) 335-7875 to take advantage of our very special December promotion to lock in the best price for your 2019 system!