The new 30' Smart Endzone Camera is an amazing wireless system that allows you to film your football game and obtain mult-view instant sideline replay simultaneously. Why is this a game-changer for your football program? Let's find out . . .

The beauty of the Smart Endzone Camera system, as the title of this post suggests, is that it can perform numerous functions at the same time. By simply selecting the record button you can simultaneously record to all of the connected cameras' memory cards on the wireless network AND download the replay of the play to all connected iPads. So you get your copies of the play on the cameras and the coach gets the replay on his iPad, all by one click of a button.

This means what once took at least two people to do can now be operated by one. Instead of having a man operate the endzone camera tower and another operating the replay system, now you can do both wirelessly from a single iPad! 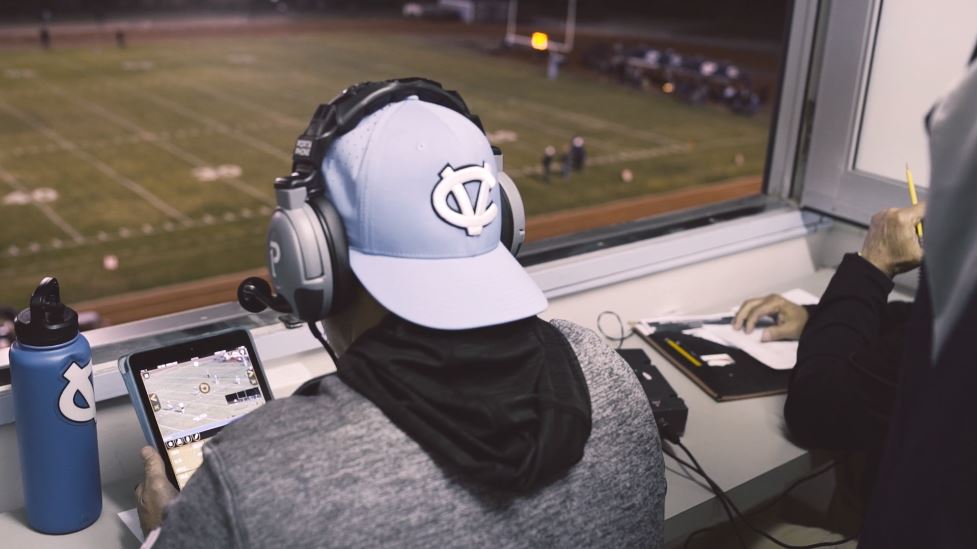 No more big cable bundles, 30 foot long HDMI cords, joystick boxes with batteries, delicate camera remotes, or monitor screens with their own battery supplies. All of the pieces and parts you might have struggled with on past End Zone Cameras have been removed. What remains is the Smart Camera Pan/Tilt head, a router, antenna, one ethernet cable and a couple battery sources for the top and bottom of the tower.

But with Replay, it gets even better! The Replay device is built INTO the Smart Camera Head. So all you need to do is set up the routers and antennas and that's your replay set-up! To add a 2nd angle, just attach a camera and EDGE Replay recorder box to the Pressbox equipment and you're done. When the endzone camera system and instant sideline replay are integrated together you have less pieces and parts to deal with and your overall set-up and tear-down procedure is simplified. 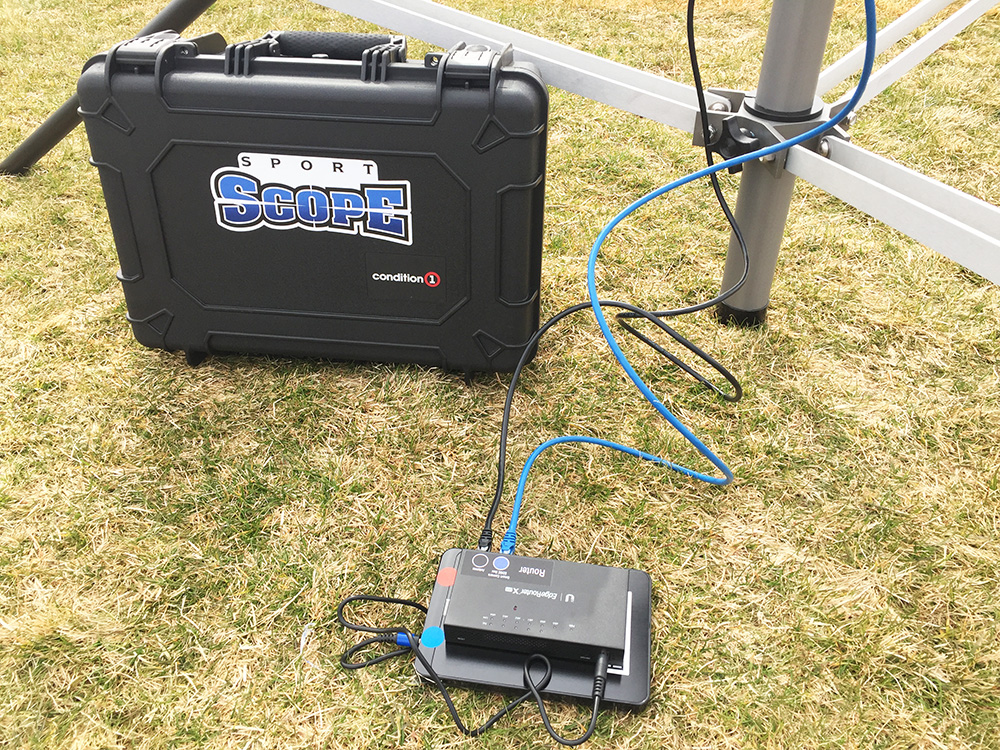 All Controls on One App

Now that the endzone camera system and sideline replay are one and the same, all of your controls are contained in the Sport Scope iPad app. Your videographer can film the game on the app from his iPad while other coaches can analyze replay or simply watch the Live View from the app on their iPads. Even the in-depth autotagging of ODK, down, and distance will be contained in this one, easy-to-use app. It's your central location for all your games and analysis and will make managing game film that much easier.