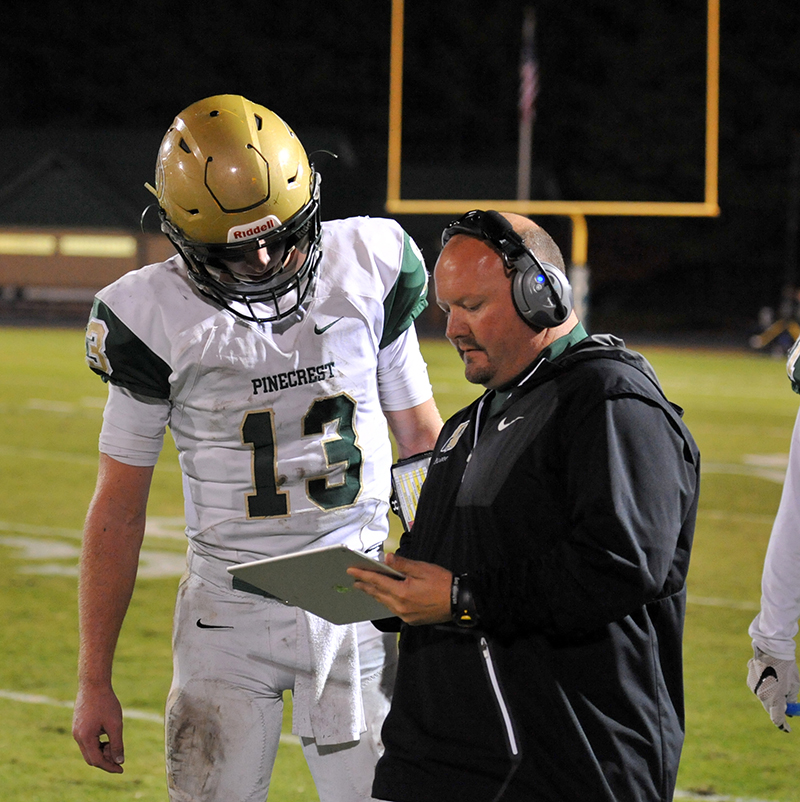 High School Football teams need Sideline Replay to win football games. In today's technological sports environment, having instant replay on the sideline while you're coaching the game is a must. That means you live and die by your sideline replay equipment. Here are the top 6 features to look for in a Sideline Replay system...


1. Does your system have a recording device built specifically for Sideline Replay?

The Sideline Replay recording device used for capturing your camera’s footage is the most integral aspect of your replay system. Some companies rely on laptops or third party streaming devices to record your clips and then send them to all the coaches' iPads. This can put serious stress on your network and dramatically slows download speeds. The Hudl Sideline, for example, makes your iPad do all the work of computing the recorded multiple angles currently being live streamed before delivering the footage you need to see. The EDGE Replay system uses a dedicated recorder box to do all the heavy lifting.

2. Is the download speed fast enough to keep up with the game?

As a coach, you can't wait for your replay clips to download immediately after the play ends. You need it instantly so you can quickly review and make adjustments. Download speeds are crucial! Therefore, when researching a Sideline Instant Replay system for your team, be sure you know what kind of download speeds the system will be providing. EDGE Replay is the fastest in the business. With an average of 3-5 seconds per play clip, you won't be waiting for your plays to pop on your iPad. See these testimonials from coaches who have switched from other sideline replay systems to EDGE:

We switched to the EDGE Replay System this season and had a great experience working with Sport Scope. The system is simple to set up, provided a strong signal and fast downloads, even in several poor weather games. - Head Coach Steve Specht, St. Xavier High School (OH)

We used the Echo System and I like the EDGE Replay much better. First and foremost, it doesn't require a separate laptop, and the time to the iPad is much faster. - Head Coach David Coldiron, Mira Monte High School (CA)

3. Does your system have a Live View for all iPads?

The EDGE Replay allows ALL connected iPads to have a "Live View." This is a compressed video feed that allows you to see the end zone angle as it's happening in real time. We've built the technology in such a way so that (1) we keep your wireless network super strong and (2) all the iPads have the ability to view the game live without interfering with each other. This means that, as a coach, you can look down at your iPad at any time to check out the elevated camera angles of the game.

4. Does your Replay have Live Tagging, Game Stats, and Tendencies available DURING the game?

Replay features give fantastic statistical advantages to football teams. For one, your Replay System should have a live tagging feature that allows you to tag the game as it’s happening. This can substantially reduce the coaches’ workload of tagging every individual play after the game. It’s best if the tagging can be associated with each play clip so that way you know the play was correctly tagged at down and distance and ODK.

Another great feature of EDGE Replay is the ability to provide game stats and your opponent’s and your own team’s current tendencies based on down and distance. A Sideline Replay System that has live tagging is capable of providing all the stats you want to see on the current game that is being tagged. Therefore, it’s possible to find out exactly what your opponent’s rushing % or passing % has been throughout the game for the very next play on that particular down and distance. This is an incredibly powerful predictive tool that will inform you on how to run your next play.

5. Does your system have an on field power source?

A replay system designed to either capture video from the Endzone or the Pressbox or both is a sophisticated piece of technology. And technology requires power! For your set up in the Endzone, most likely you’re not going to have access to an extension cord or an electrical outlet. Therefore, it’s vital that your Replay System provides you with an alternative power source capable of running all components for the entire length of the game and then some. EDGE Replay gives you a hefty battery with simple connections so you'll be running smooth the whole game.

6. Is your system intuitive and easy to set up?

A replay system is no good if it isn’t operating in time or has constant issues. You need a system that is easy to set up AND easy to troubleshoot. Additionally, it’s no good if a system tries to hide all the pieces and parts from you. This is because the second something goes wrong, you won’t be able to access the part that needs troubleshooting. Your system should be easy to understand AND accessible for troubleshooting at all times. And with good customer service at your fingertips, you'll be able to identify where the hiccup is, correct it, and be up and running before kickoff.