The EDGE Replay is a sideline instant replay system that offers the most robust, intuitive iPad app with the power to give you a competitive edge over your opponents. Let's take a look at the EDGE Replay features that make football analytics a more manageable and useful process. 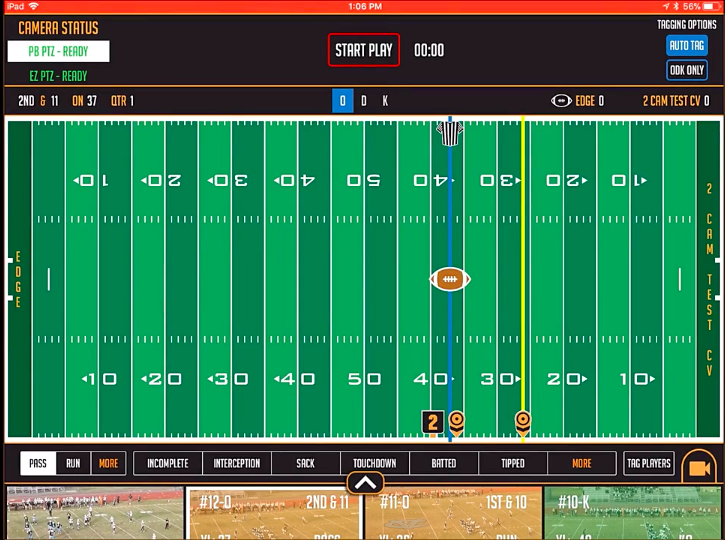 EDGE Replay is the only app to offer a virtual football field for easy drag and drop live tagging. Rather than requiring you to input a series of numbers during a live, fast-moving football game, simply drag the football to where the play ended, select the play result, and you’re done.

The virtual football field covers every type of play from sacks, penalties, fumbles and more. And once you’ve made your quick and easy selections, you’re ready to move on to the next play. Or, if you only want to do ODK, then you can do that too. The power of EDGE Replay auto tagging is as advanced as you want it to be.

As we’ll see later, having this data entered as the game transpires will provide your team with powerful advantageous analytics. 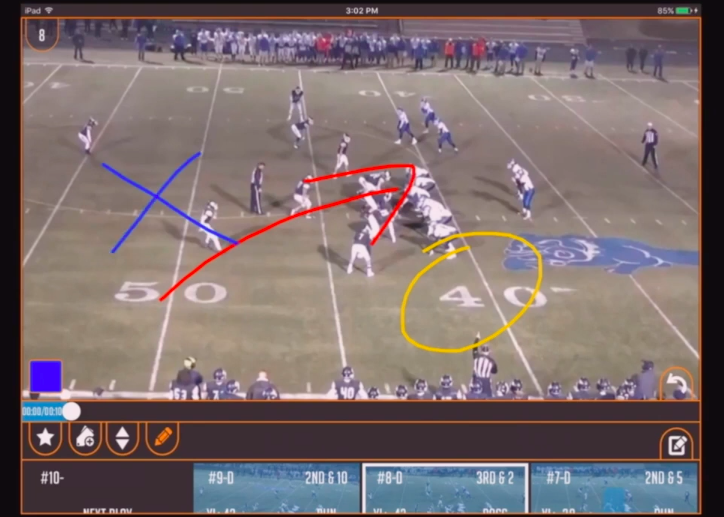 In between plays coaches must be able to instruct their athletes on their mistakes from the previous play or the opposition’s predictable strategy. The EDGE Replay app allows coaches to smoothly scrub through the clip as well as telestrate on screen to aid in this process. Use various colors to differentiate between the offense and defense. 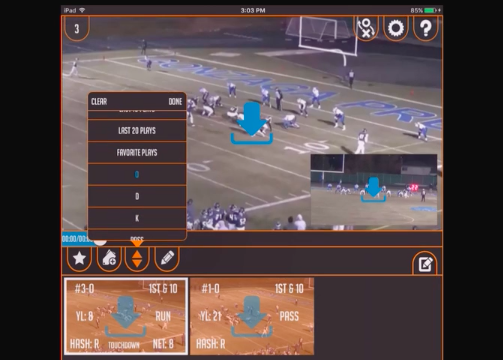 In between plays, coaches and coordinators will want to review the plays that matter to them so that they can make informed decisions going forward. Therefore, having the ability to filter by plays is incredibly important. The EDGE Replay App makes this a breeze. Coaches can easily filter by Down, ODK, custom tags, favorited plays, passes, runs, and more. For example, want to see all 1st down passes while on offense? No problem. 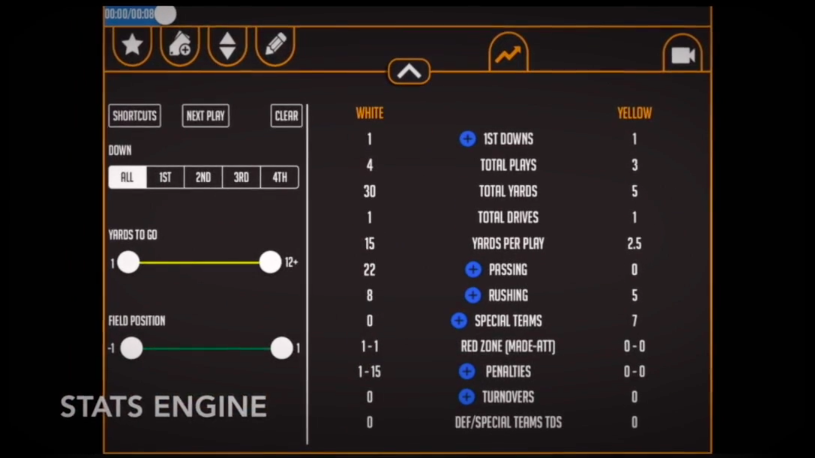 As each play gets tagged using the virtual football field, the EDGE Replay app builds a robust game stats engine for both teams. Use this screen to see the most vital details of what’s happened so far in the game. What makes this especially groundbreaking is the filtering functionality, which allows you to see your opponent’s tendencies. Want to know what their passing percentage has been on all 2nd downs at a specific position on the field? You can obtain this pivotal data with ease.

The EDGE Replay app also gives you shortcuts to filter your data by common scenarios such as 1st and 10+ in the middle of the field. You can even select “NEXT PLAY” and the app will automatically filter by the conditions of the last tagged play so that you can see your opponent’s data for what’s about to happen next.

See your opponent's success rate, their failure rate, and what they’ll most likely attempt and then make your adjustments accordingly. This is true predictive coaching!