Our latest Sport Scope Endzone Camera system and EDGE Replay testimonials are filled with championship teams and coaches who found out moving to Sport Scope and EDGE was the right move. Read their experiences below to find out more!


After a great season and making it to the second round of the playoffs, here's what head football coach, Jeff Vik, from Buffalo Grove High School in IL, had to say about the 30' Automatic tower and the 11' Quick Scope Practice Pole:

"Sport Scope is extremely easy to set up and use. We honestly felt that other camera systems were clunky with a lot of wires and cords and became really confusing. With Sport Scope we had it up and running the same day it came in. And you really cannot beat the price. One of the best features was the Quick Scope pole for practice. We used to spend so much time before and after practice setting up the camera stand. The Quick Scope pole gave us a whole new viewpoint and flexibility to film anything we wanted to at practice without having to move a bulky camera or the entire team."

Garner Magnet High School of North Carolina had a respectable season this year and were happy to finally put the toils of equipment handling in the backseat and, instead, focus on coaching. Assistant coach Ronnie Lee had this to say about the Sport Scope and EDGE Replay:

"The 30’ Endzone Camera and EDGE systems have quickly become a valuable teaching tool as well as an important part to our in-game adjustments. Both systems are easy and quick to set up. We found that with very little training our student tech crew can set both systems up in less than 30 min. The EDGE system has proven to be reliable with getting film down to the sideline for review in just a few seconds. Using this data we are able to show players the adjustments more effectively than on a dry erase board."

Six years ago Sioux Falls Christian High School of South Dakota couldn't win a single game. Coach Jake Pettengill had a monster task in front of him bringing this team to greatness. And now in 2017 after purchasing the 30' Sport Scope, Sioux Falls Christian can celebrate their first ever championship title! Here's what Coach Pettengill said about his new end zone camera system:

"We have loved our endzone camera. Working with Dixie and the staff has been top notch. One of my coaches said this was the best investment we have ever made."


Brett Jones of Bristow High School in OK knows he made the right choice with EDGE Replay. Check out some of the great things he had to say about EDGE's features and ease of use:

"We have enjoyed our purchase of the EDGE Replay system as our first system in the history of our program. We knew about EDGE because we had bought a Sport Scope Endzone Camera last year. We carefully weighed all of our options (Hudl, SkyCoach, Echo, etc) and went with EDGE. The price, customer support, ease of use, and ease of setup was what sold us on the EDGE. The process of uploading to Hudl was quick and seamless. After one year we know we made the right choice! It was everything that we needed. We finished the season at 9-3 and won a home playoff game. No doubt the EDGE Replay System contributed to that success!"

We've had a great relationship with head coach Steve Specht and assistant coach Greg Kendall of St. Xavier High School in Ohio. An amazing organization, previous state champions, and now proud, new owners of the EDGE Replay. Here's what they had to say about their new system:

"We switched to the EDGE Replay System this season and had a great experience working with Sport Scope. The system is simple to set up, provided a strong signal and fast downloads, even in several poor weather games. Dixie, Jared and Derek provided customer service unmatched in the marketplace."

This year Quaker Valley High School of PA watched a fairytale story unfold before their very eyes. A true underdog team and now for the first time ever state champions! Already an endzone camera customer, Offensive Coordinator Ed Pesicka said this about their recent addition of EDGE Replay: 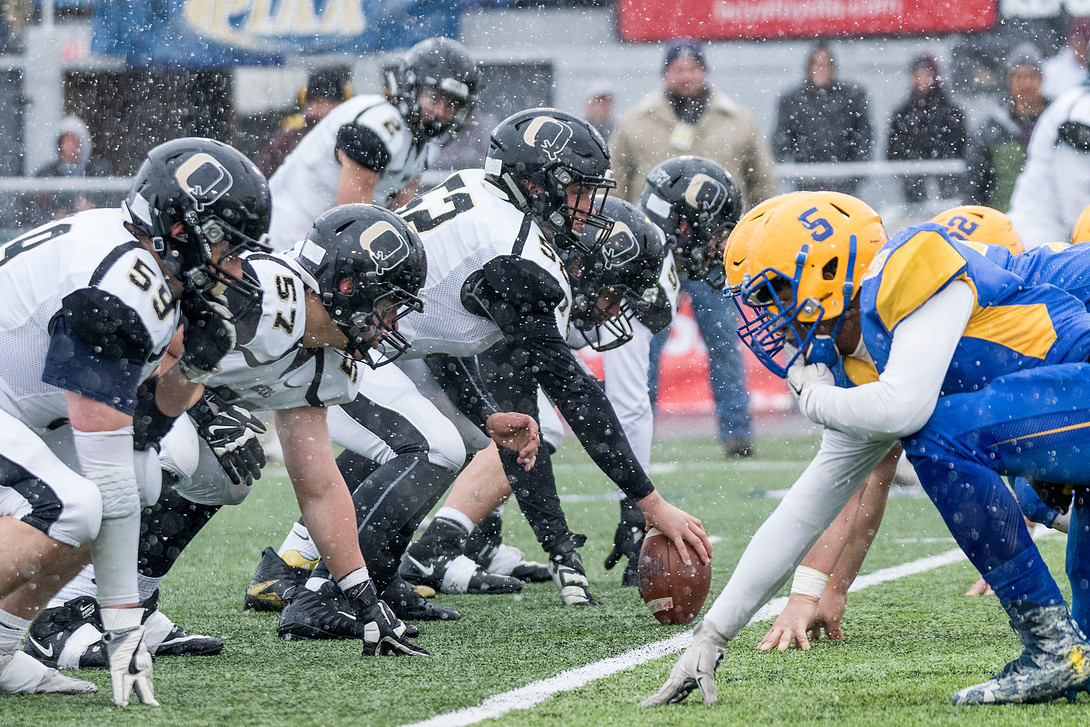 "EDGE Replay helped our team greatly in winning our School's first ever PIAA State Football Championship. With the EDGE Replay we were able to review plays after each series and as a staff during halftime. We would make adjustments based on our review. These adjustment allowed us to average nearly 30 points in the second half of the game. The adjustments made during halftime based on our review of the EDGE Replay Endzone view allowed us to score on the 1st possession of the second half in 13 of our 14 games. The systems were critical in our success and ability to make game time adjustment. In addition, the end zone view has provided great film for our player's HUDL highlight films."

Don't wait to get your Endzone Camera System! For the month of December save $400 with the purchase of a new system. This is a rare opportunity so take advantage of our amazing offseason promotion now by calling (888) 335-7875 today!

And if you currently own Hudl Sideline or another replay system and have decided it’s time for a change, check out our Replay Exchange Program now! Under this program, you can send us your replay system and we'll give you the EDGE Replay in exchange at a discounted price. Call (888) 335-7875 for more details or click HERE.