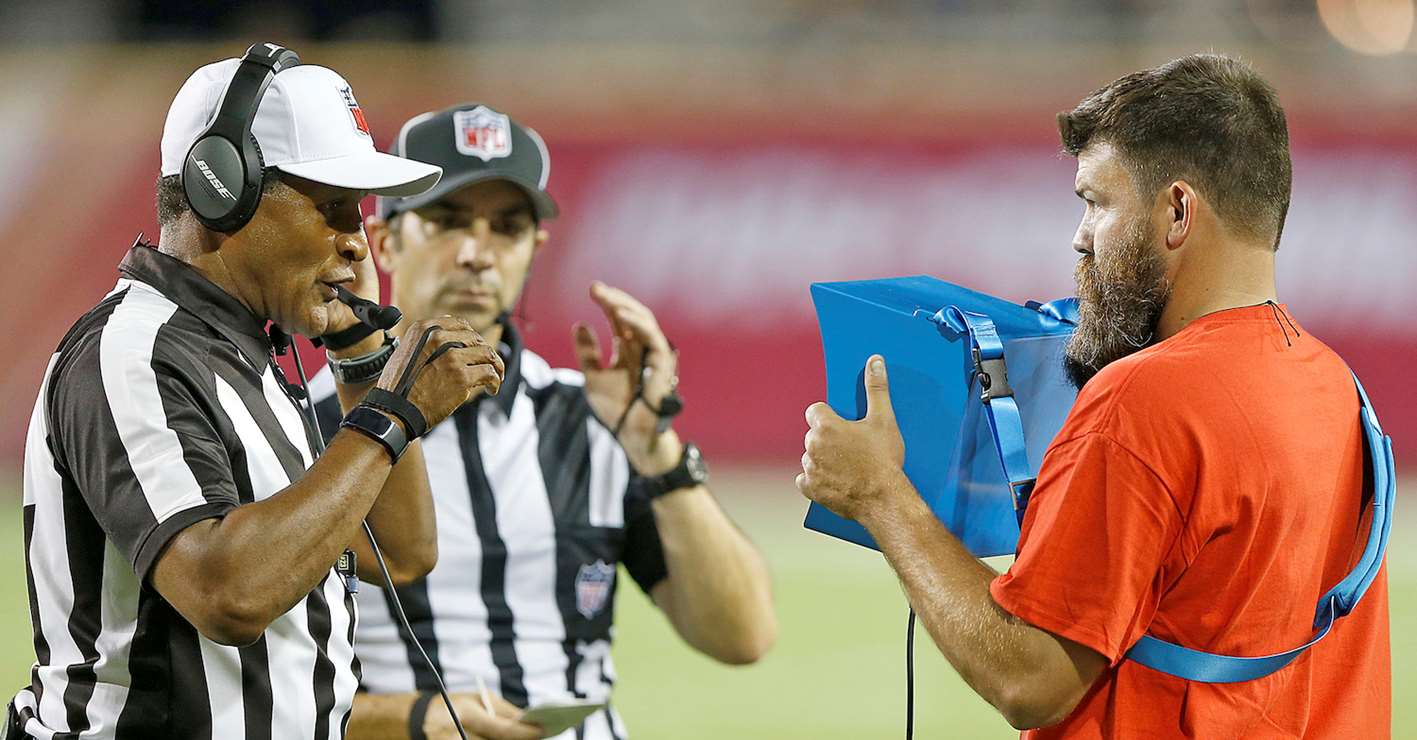 Earlier this year the news was breaking everyday that a new state may be implementing instant replay into the high school football rulebooks. Similarly to the NFL, officiating the game will fundamentally change as the technology is utilized to overturn incorrect calls. Like it or not, instant replay is coming to a stadium near you.

Back in 2017, Minnesota used instant replay for the state semifinal and championship games. Then in 2018, New Jersey approved it's use and Texas started using replay for all state championship games across the state. Additionally, Alabama granted permission to its teams at all games. At the time of this writing (February 2019), Georgia is looking into utilizing the technology soon and so is Ohio. How many states will jump on board as time goes on? The numbers are indeed expected to grow.

The concern, of course, is to not let instant replay for officiating purposes take over the game. This is high school football we're talking about. Not the NFL. It's important to respect the community's time and budget. Therefore, it makes sense to only allow replay challenges for plays of a certain criteria or under specific conditions.

For example, in New Jersey, challenges will not be allowed if a team is up by 17 or more points with under two minutes to play, or if a game reaches the 35-point running clock threshold. Also, as already said, for most states instant replay for overturning plays will only be allowed at major championship games, where making the right call is most important.

Georgia could have used this technology in 2018 during a very controversial state championship game. Peach County High School lost to Cedar Grove by a mere one point. (Both teams were legally using the EDGE Replay sideline instant replay system for coaching). Some have claimed that poor officiating resulted in an unfair outcome. If overturning a major play by using an instant replay system were substantiated in the rules, then the final outcome might have been different.

The EDGE Replay was built not only for coaching but for the possibility of assisting officials as well. Referees can easily use an iPad connected to the network to review the last play that was challenged. And since more and more teams across the country already have EDGE sideline instant replay for their coaching needs, there's no additional cost at hand. As many schools are already figuring out, expanding the use of Sideline Replay by using systems like EDGE Replay to help call a game may have substantial benefits for the future.

If the power and reliability of the 2-View EDGE Replay sounds appealing to you, don't hesitate to call (888) 335-7875 to take ask about this amazing system, or learn more here!