In 2018 Sport Scope launched the Smart Endzone Camera, the first End Zone Camera system to be wirelessly controlled by a tablet and provide built-in Sideline Instant Replay at the same time. The Smart Camera integrates both systems into one in order to simplify game day video operations and give more power to coaches and their programs.

To make this a possibility, we combined our EDGE Replay system with exciting, new hardware and software for our Endzone Towers. But while this was a revolutionary new product, there was still plenty of room for improvement to make the system even better. As new technology entered the market in late 2018, we jumped on the opportunity to take advantage of the latest and greatest tech and implement it into the Smart Camera system. Here's a rundown on how we've improved:

2018 Smart Camera - Two-point network. Endzone video sent to Pressbox antenna and all iPads had to connect to this single antenna in the pressbox, whether on the field or in press box. Wireless communication between cameras and iPads were all done on one type of antenna.

Bottomline: The 2019 network puts your wireless network where you are in the stadium, providing ultra strong connection for your iPad's location. Also our multiple antennas now have their own dedicated tasks so everything is optimized.

Bottomline: A better, faster computer that opens you up to exciting new features in the future.

Bottomline: We're always improving our app and we take pride in developing our software for our hardware simultaneously with each other.

2018 Smart Camera - One hardcase for storage of all electronic equipment and weather protection in Endzone.

2019 Smart Camera - Pre-installed equipment into individual hardcases for each network station: Pressbox, Sideline, Endzone. Plug-and-play. New, easier to use batteries for Sideline and Endzone network. Weather protection in all three locations. Easy to follow instructions in each hardcase.

Bottomline: There may be more parts involved (which is actually a good thing), but the setup is even easier because of our organization, pre-installment, and easy to follow directions and labels for all connections. 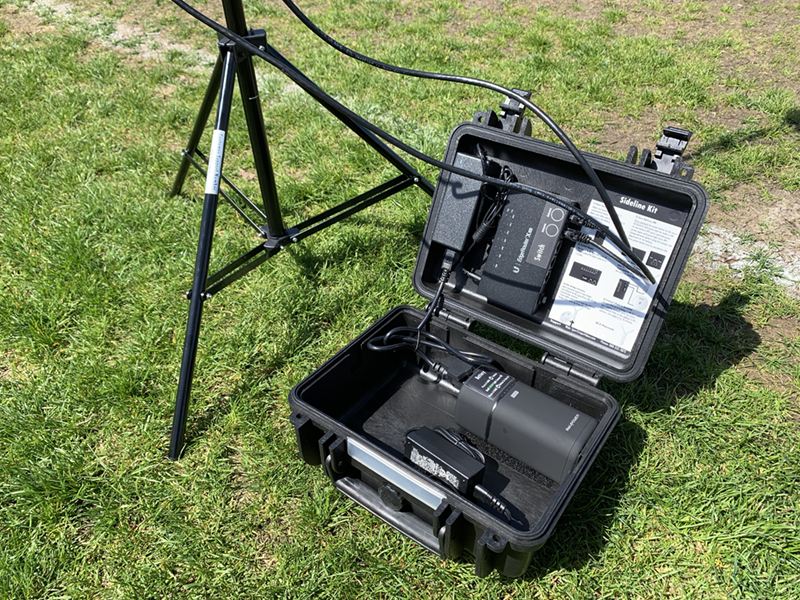