The Value of a Sport Scope System 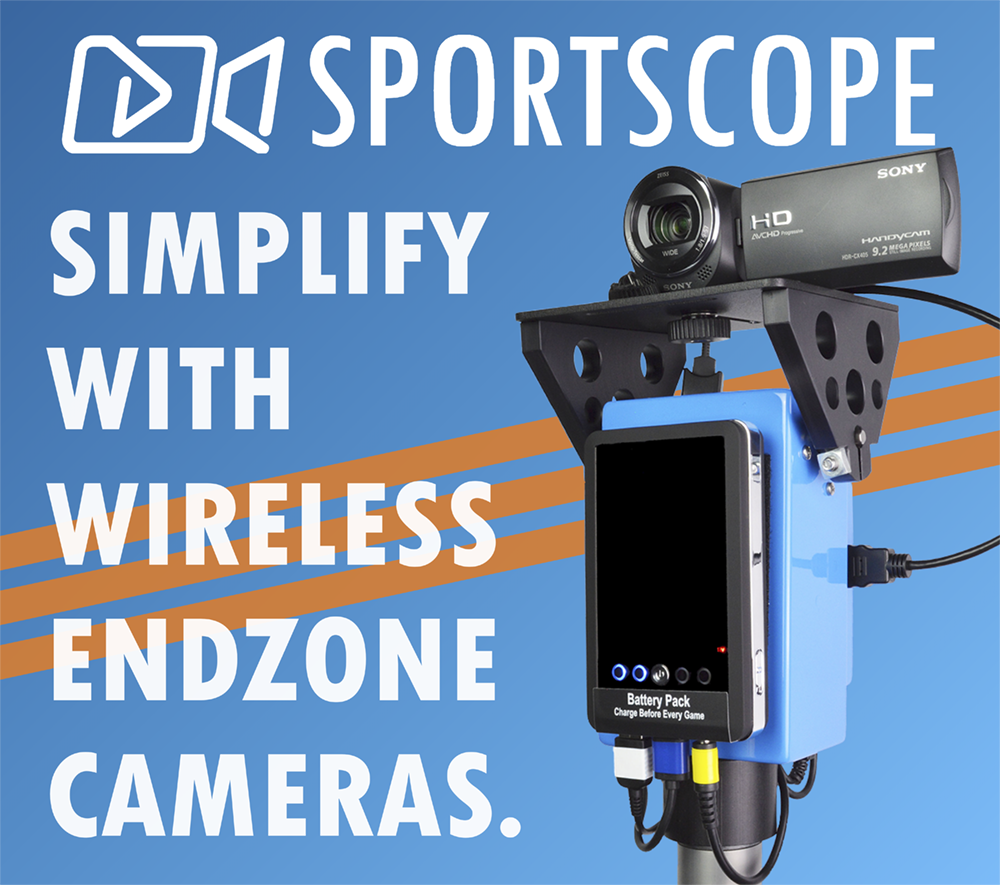 As high school football becomes increasingly competitive, end zone camera and sideline replay systems are developing more cutting-edge technology. This means that coaches have a wide variety of systems to choose from, and they’ll want to make the right investment. Sport Scope is leading the charge in product value and customer service. Some of our top-sellers for endzone camera towers and sideline instant replay are the Wireless Endzone Camera System, the 2-Angle EDGE Replay System, and the Smart Endzone Camera System. This blog post will detail the overall value of each of these systems so that you can make the best decision for your team.

The Wireless Endzone Camera uses the most intuitive modern technology in the industry. This is an American-made, custom designed tower specifically oriented towards obtaining elevated sports game footage outdoors. Our system allows you to film the game wirelessly from your iPad from up to 100 feet away. The Sport Scope app includes virtual on-screen joysticks to pan, tilt, zoom, and record while filming, eliminating the need for bulky, complicated equipment. Everything comes as a complete package: electronics, antenna, batteries, cases and custom travel bag, and rain gear. At a $4,099 starting price, this system is an outstanding value for its superior design, quality, and price.

EDGE Replay has proven itself to be the dominant force in sideline instant replay. This system has the leading innovative technology, exemplified by the custom-built recording box made specifically for replay. EDGE Replay has the fastest download speeds, a Live View that can be shared between multiple iPads, a powerful 3-point network, and an easy-to-use app for coaches to optimize their game recording. The Replay box also comes pre-installed in protective hard cases, allowing for effortless set-up, transport, and operation. The 2-angle sideline replay system starts at $2,499 with a $499 annual software fee starting the next year. The superior long-term price combined with the quality and power of this system makes it an important game-winning asset.

Now that you know why our Wireless Endzone Camera and our EDGE Replay are the leading sports video technologies on the market, let’s take a look at a system that combines the best features of these two outstanding products.

The Smart Endzone Camera is a powerhouse, allowing coaches to precisely control the endzone tower via an iPad with built-in automatic sideline replay. Wireless Smart filming means fewer people are needed to operate multiple systems, which allows more coaches to focus on the needs of their players. The operator of the Smart Endzone Camera is also automatically creating the replay clips for all of the coaches’ iPads. And again this intuitive system removes big cable bundles, joysticks, remotes, monitor screens, and extra batteries from the equation. What remains is streamlined technology, fast sideline replay, and instrumental app features such as ODK tagging and predicting opponent tendencies.

You can have access to all of these impressive features of the Smart End Zone Camera for an incredible price starting at only $5,599. There are a number of other non-wireless endzone camera systems on the market in this price range that don’t include built-in Sideline Replay. Once again, your annual software fee for the EDGE Replay service doesn't start until the next year and is only $499. And you can easily add a second replay view at any time to suit your specific filming needs. This all-encompassing system provides coaches with everything they need for exceptional sports video technology, with a value that is unmatched.